Oakville has a rich and detailed history which stretches through the centuries. From a bustling and industrious port, to an important part of the underground railroad, the town’s past is one vivid and fascinating story which is illustrated in the houses that line each street and neighbourhood. Many of the homes in Oakville tell tales of long ago, from new settlers moving across the continent, to the turn of the century. Of course, the historic buildings have changed hands and purposes over the years, but each presents a sort of “snapshot” demonstration of the architecture of the time – many well-preserved into the modern day.

Just a quick glance at the map can show you the wealth of beautifully kept historical buildings that can be found across the town. If you were to take a stroll down Lakeshore Road, you would see a number of listed heritage properties, each with their own rich history. One of the main sights that sticks out is the Knox Presbyterian Church, a wonderful example of Gothic Revival architecture. Originally the site of the White Oak Hotel, the church has stood since 1887. Turn the corner onto Dunn Street and you find yourself entering the heritage district of Old Oakville with some of the earliest parts of the town. Beautiful Georgian and Victorian era housing, that has perfectly maintained as much of its original appearance as possible throughout the years, providing a wonderful glimpse of the past in the modern day.

Right on the beautiful lakefront, the houses of Thomas Street date back to the mid 19th century. These were built for the shipyard workers and their families who were working for Duncan Chisholm, a tinsmith and ship builder. Over time, these houses were added to, with additions to create hardy, weather resistant homes that have since stood the test of time and are remaining to this day.

In Oakville, there are four heritage districts in total, Downtown Oakville, First and Second Street, Trafalgar Road and Olde Oakville, which was one of the first to be created in the entirety of Ontario. Each holds host to several buildings of listed and protected status, ranging across centuries of styles, such as Italianate bungalows in First and Second street and Georgian and Neo-Classical across Old Oakville. With each home, the architecture of the time has been kept, but without impeding on to the amenities of modern life.

One of the best examples of this would be a recently sold property in the Trafalgar Road heritage area. Dating back to 1893, this charming heritage home holds the same beautiful appeal through the years, a beautiful capture of the 19th century. But alongside its historical side, the house has all the modern features, from cherry wood flooring, stainless steel appliances and a three-piece bath.

In the heart of the town is a great look at Classic Revival and Beaux Arts Classicism architecture, of the 19th and 20th centuries. A fantastic representation of how Oakville grew not just as a strategic transportation link between York and Hamilton, but also as a booming commercial core developing eastwards of Sixteen Mile Creek and the harbour, this area shows much of the changes the town has undergone, past and present.

But it is not just in these areas that you can find some of the most interesting, intriguing, and stunning heritage homes across Oakville. Out towards MacDonald Road, early 20th century style such as Tudor Revival can be found, such as this amazing property. Built by C.W. Dowding in 1931, it wonderfully replicates the original Tudor style of medieval England, giving the building a stunning look that catches the eye and makes it hard for anyone not to admire. It makes sure to keep its timeless character and classic styling in match with modern amenities, making this wonderful revival architecture well in-touch with the modern day, whilst keeping its beautiful and iconic design.

Each of these buildings has its own detailed and interesting past, intertwined with the people who lived there and the town itself. Each one providing a little slice of history, such as the James Freestone house. Bought in 1877 by the namesake for $200, before buying another parcel of land next to it a year later, it was eventually built in 1887, after the bricklayer had spent some successful years in Toronto, where he had built his first home near Casa Loma.

Another is the Romain House, once the home of William Francis Romain. Originating from Quebec City, he moved to Oakville and became a successful grain merchant, building the house that still stands to this day in the First and Second Street heritage area in 1855. A mix of Georgian style architecture with Italianate additions, it was built upon by later owners, which includes the portico that can still be seen today. Romain would go on to serve as the Reeve of Trafalgar Township and then Mayor of Oakville, only to lose the position to Robert Kerr Chisholm, son of Oakville’s founder William Chisholm.

Oakville is home to a number of amazing and beautiful historical homes and buildings, preserved wonderfully to the modern day. Almost every road passes by one of the listed and protected buildings that proudly show the history of the town, ranging from the early 20th century brick styles of downtown, to the Classic and Georgian styles of Old Oakville and the beautiful Tudor Revival, across the Trafalgar Road area and beyond. Few towns can claim to have the history that Oakville has, fewer yet to have the opportunity to live in the homes that created it. 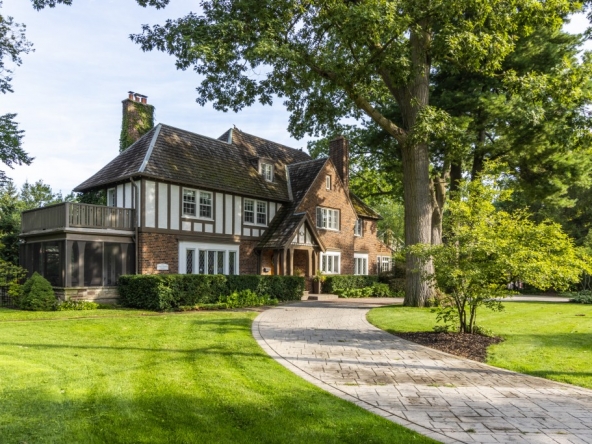 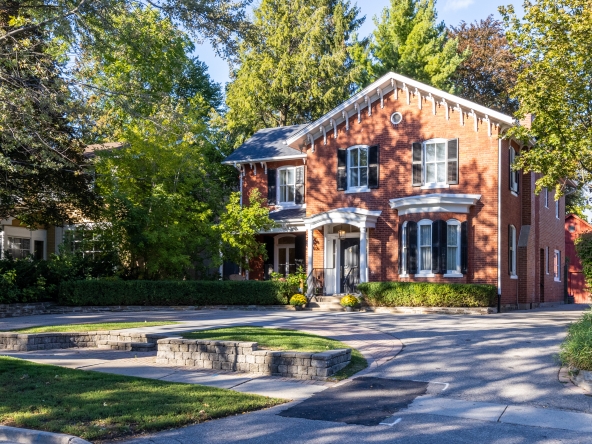 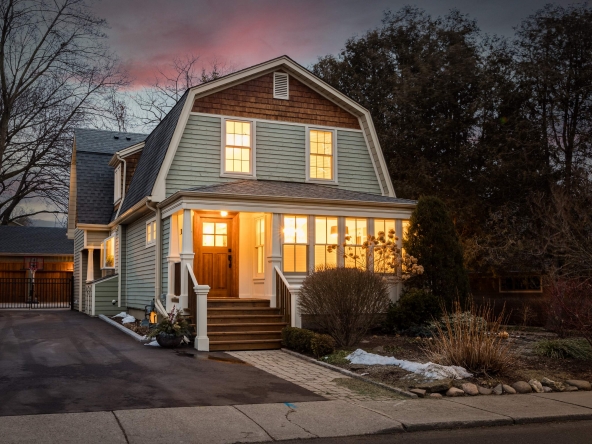