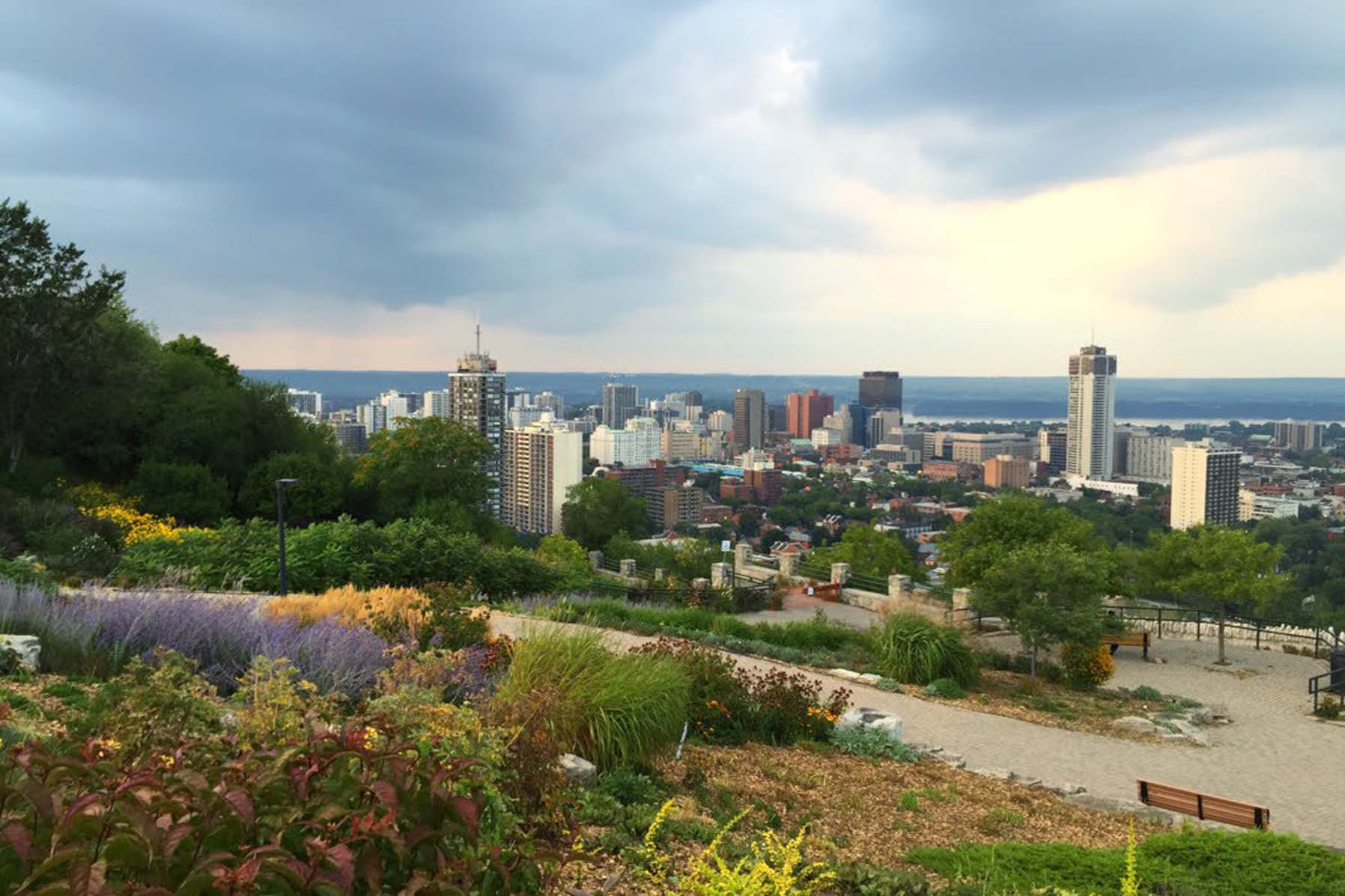 Hamilton, situated at the westernmost end of Lake Ontario, is divided into two main sections, the downtown area and the Niagara Escarpment, the latter referred to as ‘the mountain’ by locals. It was conceived by George Hamilton shortly after the War of 1812 and over decades became a densely populated and industrialized region. In 2001, the new City of Hamilton was formed by amalgamating the towns of Dundas, Ancaster, Stoney Creek, Flamborough, Waterdown and others with the former city of Hamilton, making it the third largest city in Ontario. 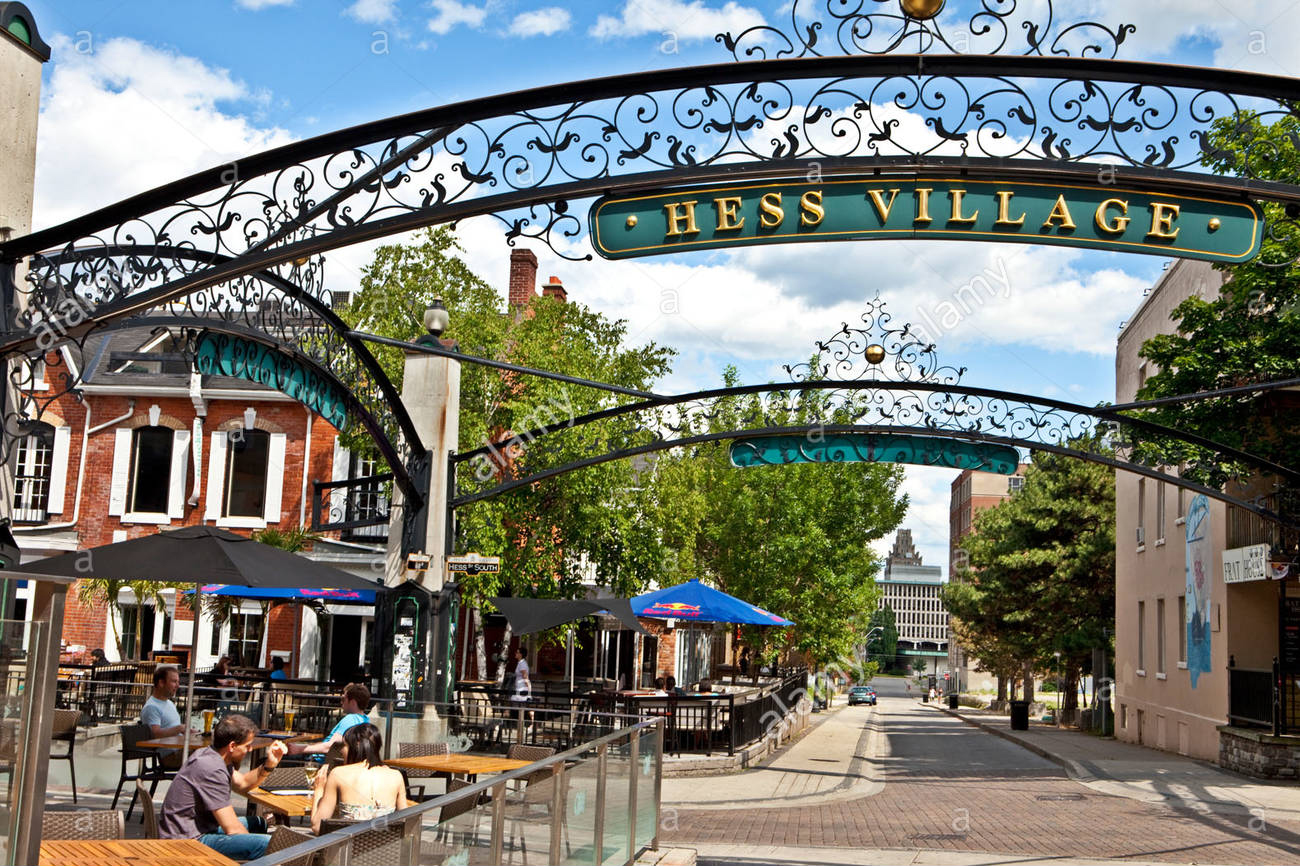 The city is undergoing a metamorphosis of sorts. Whereas the local economy had been led by steel and heavy manufacturing industries, there has been a shift towards the service sector, particularly health sciences. The restoration of many of Hamilton’s beautiful but neglected homes and buildings is driving much of the city’s renewal, creating walkable streets, full of heritage and character.

Hamilton is home to Hess Village, a cobblestone pedestrian zone of restaurants, bars and historic buildings whose entrance is marked by a large wrought iron sign. Numerous bars and eateries, many with patios, make this the place to be on a warm summer’s evening. In fact, Hamilton is evolving into a ‘foodie destination’ too as new dining establishments open to rave reviews.

A major waterfront reclamation project has restored the Pier 4 Park at the bottom of Bay Street and continues west via a waterfront trail to beautiful Princess Point. The east side now has a marina, waterfront café and a playground.

The Playhouse Cinema, a classic 1914 movie theatre/vaudeville house is undergoing a complete restoration and will become Hamilton’s newest venue for the city’s growing art film community. Scheduled debut is this autumn. The Westdale Theatre, a fine example of art deco design, opened in 1935 and has been newly revitalized to accommodate screenings, lectures and author events. 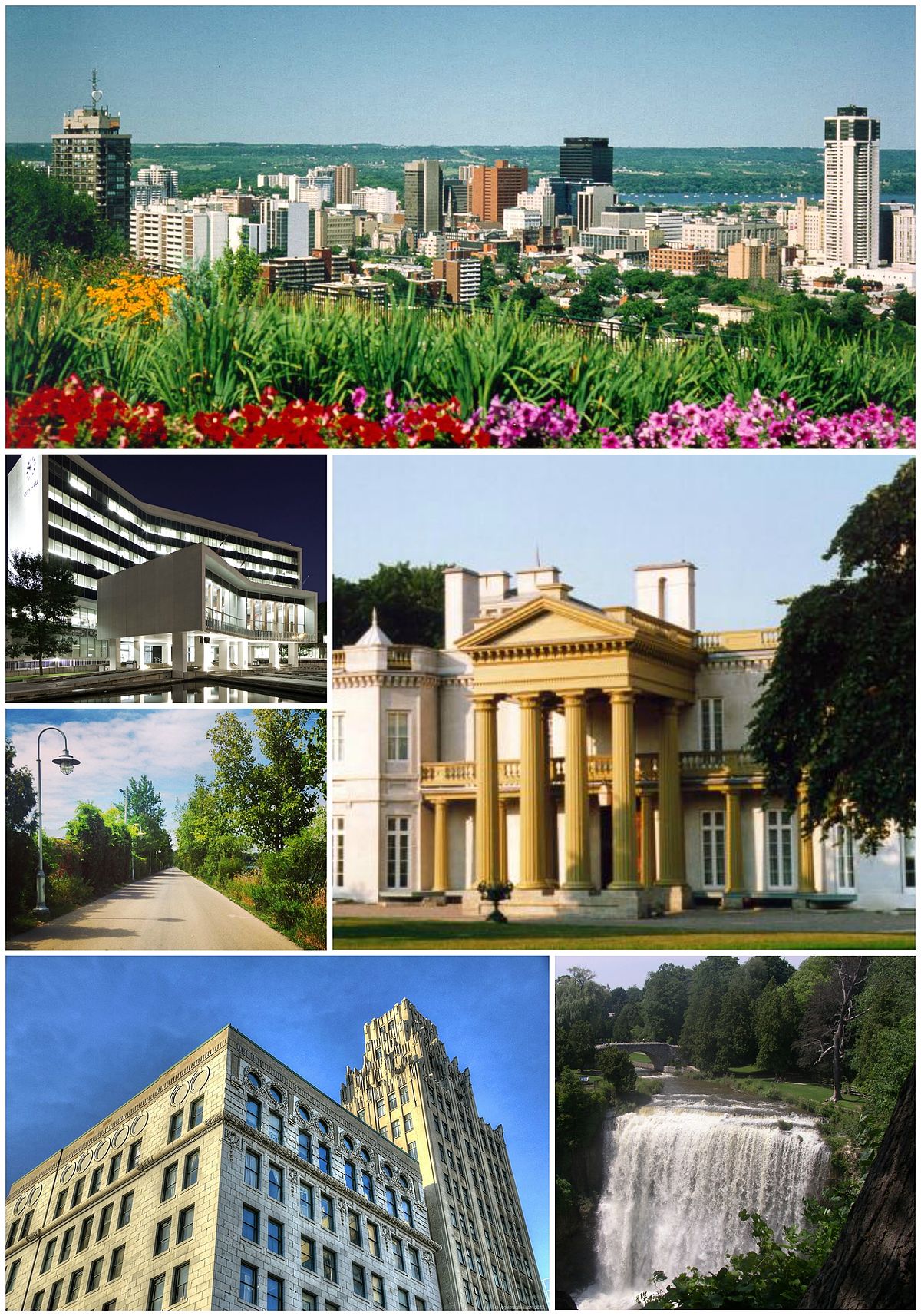 Often referred to as “The City of Waterfalls”, Hamilton boasts over 100 with many on or near the famous Bruce Trail which winds through the Niagara Escarpment, a UNESCO World Biosphere Reserve. The prestigious Hamilton Golf & Country Club, home to the 2019 Canadian Open, is also located here.

Local attractions include the African Lion Safari, the Canadian Football Hall of Fame, Canadian Warplane Heritage Museum, Dundurn Castle and the 2700 acre Royal Botanical Gardens. Hamilton has over 2500 acres of parkland and 85 miles of trails. Art galleries have been springing up across the city, garnering media attention. The growth of the downtown condo market is drawing buyers back to the core, effecting change for the better. 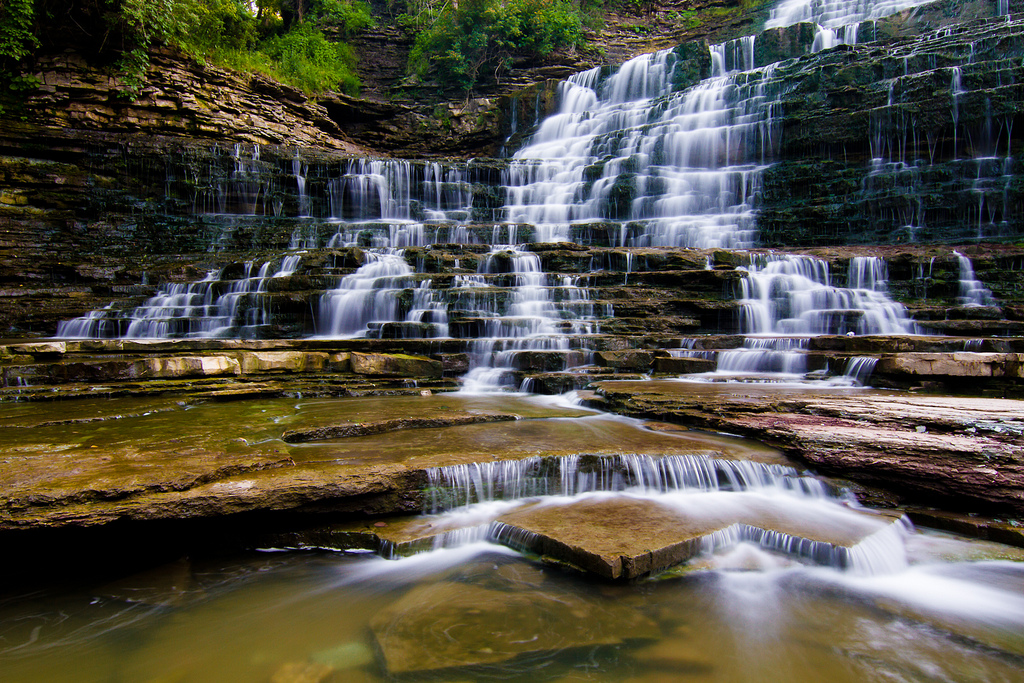 There are many established residential areas in Hamilton and its environs including Concession Street which offers an eclectic mix of million dollar estates and 1920’s cottages.

Alex Irish & Associates have noted the rise in popularity of Hamilton and the surrounding towns of Ancaster, Dundas and Waterdown with respect to prospective buyers seeking luxury properties. Just a short drive from Oakville and Burlington too! 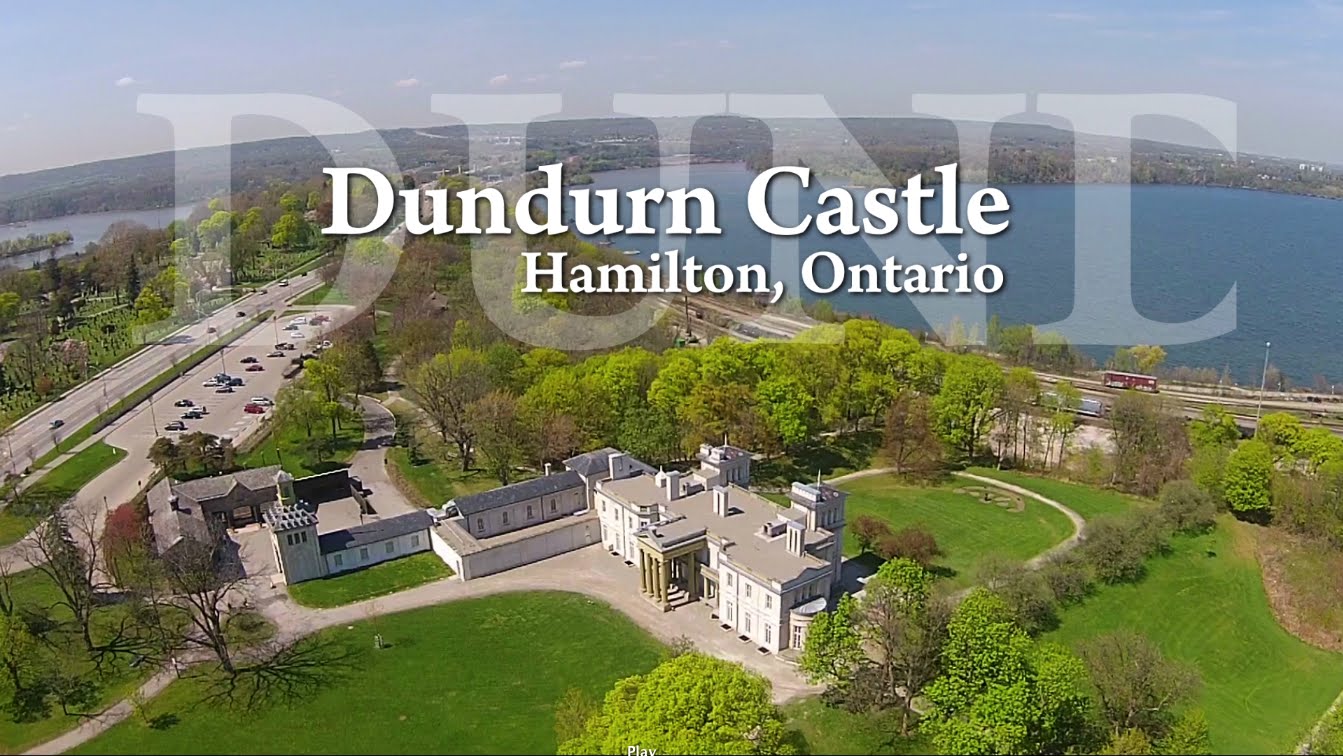 The Next Generation of Luxury Real Estate Buyers 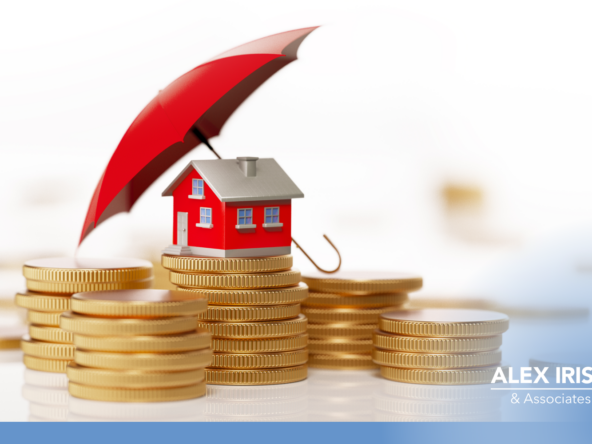 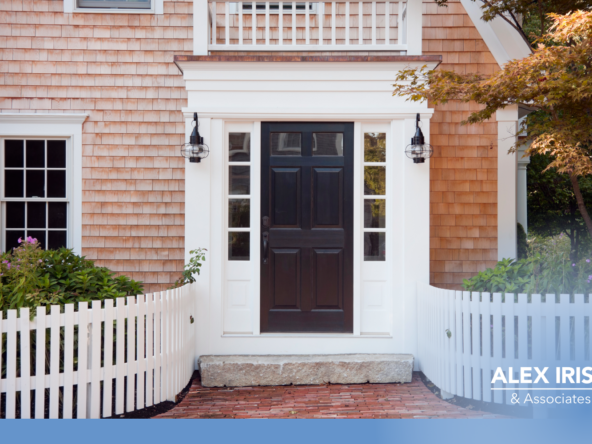 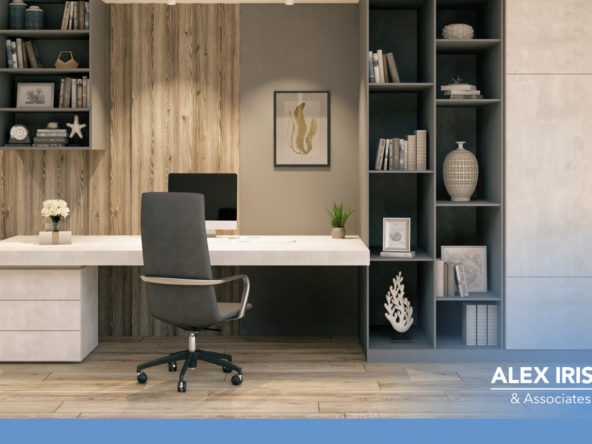