City Life Vs. Suburban Life: Pros And Cons Both Ways

Savvy individuals are looking to find secure living arrangements, and the “board” has opened up quite a bit. As an example, look at New York City, where 1 out of 20 people has left. For those living in the Pacific Northwest, it’s easy to see why. Seattle and Portland have had their fair share of…well, to be light, let’s call it “adventure”. People are tired of it.

What this means is that the whole country is going to shuffle around for the next few years. 1 out of 20 is 5%. When 5% of a community decides to leave, that puts a dent in the local economy. This is especially true when you consider those who can leave tend to be at a higher economic level than the rest of the community. Remember those “1%” protests?

NYC was reckoned at approximately 8,336,817 residents as of 2019. Divide that by 20, and you get 416,840 people; a population greater than the Saint Louis city center. NYC is perhaps hit worse than cities on the west coast; but those other cities are feeling it hard, too. And altogether, these things change the housing market, providing new opportunities, and ending old ones.

Right now, a life in the city that’s comfortable is perhaps more attainable than it’s ever been for the common US citizen. Meanwhile, life in the suburbs is simultaneously attainable, depending on the region in which you live. Accordingly, in this writing, we’ll briefly go over the pros and cons of both residential alternatives.

Pros Of The City

First, consider that the present unpleasantness is almost certainly contributing to a trend which has made it so homes are more affordable this year. While it’s very likely America will see a bounce back and a financial surge in the coming years, it’s hard to tell where things are headed. In the meantime, those with means have time to buy some things.

In Texas, you can buy homes for between $30k and $50k that are in relatively good condition all around the Dallas / Fort Worth area. The radius for such substantial deals is about 100 miles. There is a similar condition in Portland and Seattle; only a slightly higher premium tends to describe some of the properties nestled amidst the trees owing to location and national desirability.

Accordingly, many live in the city. But now, the cities of today are seeing a mass exodus to the countryside, meaning initially there’s going to be a mild spike in pricing as local businesses struggle to meet their bottom line. Then, as this is either met or found to be beyond their grasp, suddenly a landslide of deals will come, and once interests are sold, the business people leave.

Cons Of The City

Living in the city in terms of the property now means you have the potential to get a top-tier unit for thousands of dollars under what it would have commanded only last year. You can get more centrally-located units, have access to the travel and entertainment amenities of the city, and begin establishing a little equity.

However, in terms of pandemic restrictions, big cities tend to take those a lot more seriously than suburban towns; to the point where arrests and confrontations with the local law have developed. Additionally, owing to the panic, movie theaters, concert venues, bars, and restaurants are being continuously closed down.

They were opened for just a few weeks at the beginning of the summer, only to be shut down very soon thereafter. Such a trend defines most cities in America today; and this is especially notable in the Pacific Northwest, NYC, and Southern California. What this will mean is that disenfranchised individuals who no longer have a place to live will ally themselves together or leave town.

Many don’t have the means to leave. So there will be higher crime rates in inner-city communities owing to the current panic, which will have an economic effect, and it will drive property values down. Hopefully, the bottom doesn’t drop out as hard as it has in Detroit for other municipalities, but in some larger cities, that’s how things are looking. So that’s the biggest “con” of city life presently.

Pros Of The Suburbs

The suburbs right now are in a bit of a “flux” situation. Everybody’s leaving the big cities, but they’re not necessarily moving to the ‘burbs; many are just heading to another state entirely and either starting over or leaning into the “work-from-home” options which have recently become available to people.

In the suburbs, individuals are more likely to be health-conscious and self-isolate, but it’s going to depend on the community. Some communities have essentially been throwing block parties since March. Some are firmly against that. Where you live will be a big part of how the suburban community acts.

On the positive side, traditional suburban communities have homes that retain value longer, they’ve got access to educational facilities, they’ve got citizens with gainful employment who tend to pay their taxes, and generally, suburban life is regarded as a sort of middle-class “apex” of American life.

Cons Of The Suburbs

It’s a long-distance to the city, where “things are going on”. Suburban life also tends to be slightly more expensive—though as the present crisis continues to unfold, that quality may drastically shift, bringing an advantage to the suburbs. It could go the other way, too, though; since we’re in the middle of the crisis, it’s hard to tell, and that variability isn’t something most property owners relish.

Also, what kind of neighbors will you have? You don’t have much choice among communities in the city, but there’s a bit more wiggle room if you’re savvy. In a suburban community, neighbors are likely dug in for the long haul with a mortgage; so if you move in next to a lemon, get ready for the sourness between you to last for decades.

Suburban communities also tend to have HomeOwners Association (HOA) fees and higher taxes—depending on the community, of course. And while crime is down in suburban communities, there does tend to be a more diligent police presence. Generally, that’s a good thing, but the crisis will likely affect that one of two ways.

Either police will be used as enforcers to maintain strict guidelines as on crisis management, or they’ll quit providing protection entirely, leaving suburban communities wide open to miscreants disenfranchised in the city, and looking to fix that by their action. So the cons of the suburban experience right now are going to be variable per city.

Making The Most Informed Choice, Saving Money In The Move

What’s wise in these crazy times is to research extensively into the sort of community you’re considering. It may be best to even get beyond the suburbs a bit; to a place around forty or fifty miles from the city center. In some communities, like Chicago, that’s still the suburbs; you can ride a train from Woodstock about an hour north for your commute.

Whatever the case, you’ll want to consolidate travel expenses in terms of moving costs through groups like UMoveFree, and you’ll want to get the job done as quickly and professionally as you can amid today’s pandemic crisis.

Good And Bad News In A Nutshell

In a nutshell, the good news for cities is this: property values are dropping, and that means opportunity for those with a positive outlook expecting the cities to reopen soon. The bad news for the cities is social unrest.

The good news for the suburbs is security, amenities, property value, and neighborhoods. The bad news is their value could fluctuate, neighbors may not be neighborly, and police presence isn’t predictable.

So making the right choice right now will depend on the city you’re considering, your budget, and your ability to sit tight until things become more predictable soon. There are pros and cons both ways; it just depends on the individual or family.

How Do I Sell My House? Everything You Need to Know 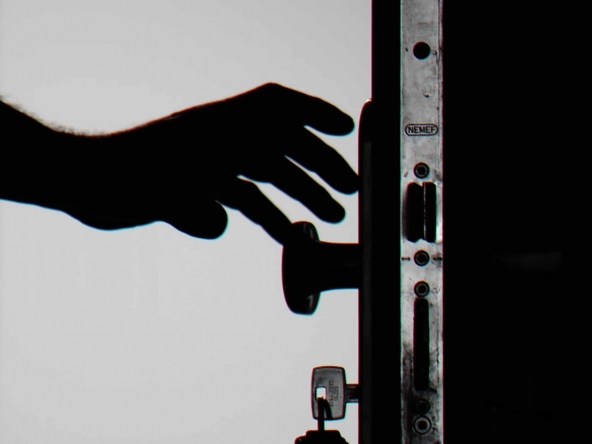 As a landlord, tenants can cause some major headaches that are best avoided. For example, some...
Continue reading
by Alex Irish

A Guide To a Successful Urban Development of a New Community

When you're in the business of urban planning, your goal is to lead the community's urban...
Continue reading
by Alex Irish

How Do I Sell My House? Everything You Need to Know

There are many reasons why people make the decision to sell their homes. Maybe you can no longer...
Continue reading
by Alex Irish